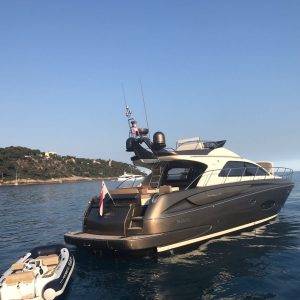 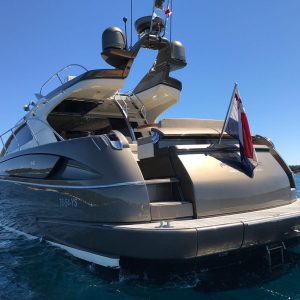 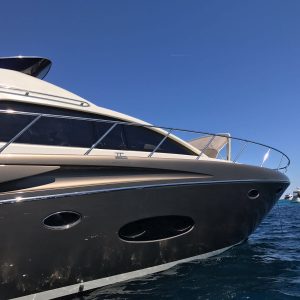 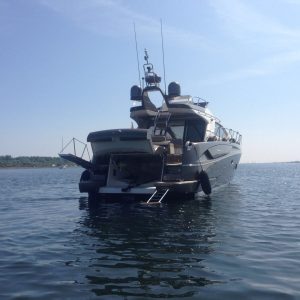 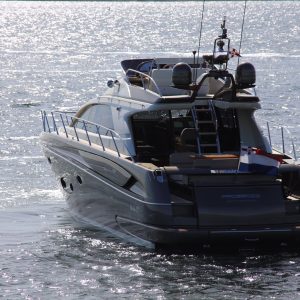 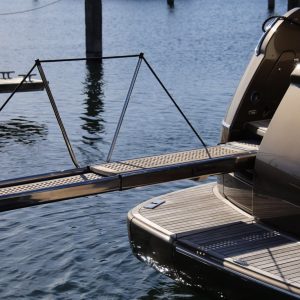 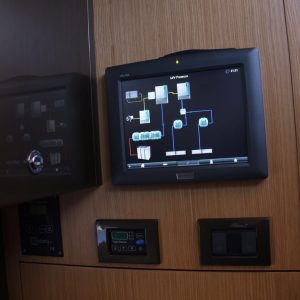 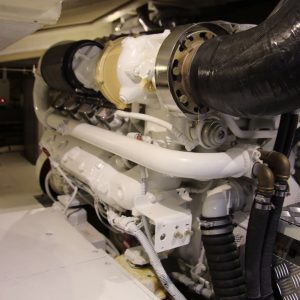 Riva Sportriva 56′ “Prosecco” owned by the second owner and built in 2008 is in perfect condition. She is looking great with her Roman Bronze metallic painted hull combined with her Riva cream superstructure.
The Sportriva 56′ is a yacht which integrates the flybridge concept with the sporty lines of an open, whilst still remaining Riva’s style, designed by the skilfull hand of Mauro Michelli together with the team at Officina Italiana Design. The sporty flybridge reminds us to the one of the Riva Bertram of the 1970’s.
The main deck lay out is very clever, the dinette in the cockpit covers the tender garage and gives access via integrated steps to the flybridge. From here you enter the salon easily with her lowered fully equipped galley and midship crew cabin.
Down below a three cabin lay out, with owners cabin in the peak and at both sides guest cabins. The port guest cabin is the larger of the two, with berths that slide together to create a double.
Equipped with 2x MAN 900 Hp diesel engines each mated to V-drive gearboxes (which are overhauled in 2014) she reaches easily 30 knots.
Last years she had a lot of modifications and upgrades. Updated new Mastervolt inverter and charger with remote Domotica controlling, Mastervolt power pack, AGM batteries, stern thruster, LED lighting, revised gearboxes and lining of gearboxes vs engines.
Riva Sportriva 56 “Prosecco” is modified and better than new, come over to see her and enjoy her! Contact us for more information and/or an appointment.